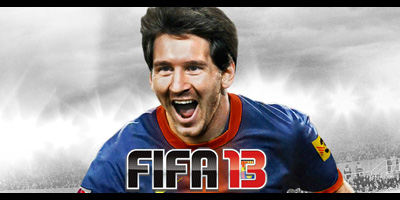 More news about FIFA 13 were released in the last days and we gathered them all in this post!Check out the official release dates,the official global cover,a new FIFA 13 stadium and more bellow:

The first news is the official release date of FIFA 13!The game will be available in stores on 25th September in North America and 28th September in Europe!

You can pre-order FIFA 13 Olympique Lyon Collectors Editions from here.

FIFA 13 will have new brazilian commentators!It was confirmed that Tiago Leifert and Caio Ribeiro will comment the Brazilian-Portugese version of FIFA 13!Thanks to our friends from UniversoKits for the news!

After the announcement of the Saudi Professional League in FIFA 13,a new stadium will arrive with it!The King Fahd International Stadium will be available in FIFA 13!The stadium is the home ground of the Saudi Arabia national football team,that most probably will be featured in FIFA 13!Until the official confirmation we have a beta preview screen of the stadium in-game:

We leave you with two interviews with one of the FIFA 13 producers,Santiago Jaramillo: