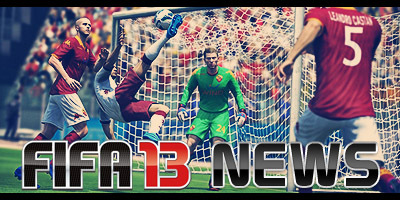 A new type of IN-form card has been released on Ultimate Team 13 this week called Man Of The Match (MOTM) card. The new card comes in the orange color and is assigned to the best player of certain matches. The first player to be available in the MOTM card version is Gervinho, thanks to his match performance against Togo in 2013 Africa Cup of Nations!

The card is available in packs just for 24 hours from its release! More MOTM card will follow, so stay tuned on EASports Twitter page!

Also the new in-forms of the week have been revealed on Ultimate Team 13! The TOTW19 features the next players:

You can pick up these in-form players in packs from 6PM GMT on 23rd January – 30th January. You can view this team in-game with the Web App.

Lots of great articles this week! We recommend on checking them all out:

–Does FIFA Really Have Any Competitors And What Does That Mean For You? (UltimateFIFA)

– How to Earn Coins thanks to Ultimate Edition (FIFAUTeam)

– Outraged by that red card? Why don’t you appeal it! (Philosophical FIFA)

And to end this post we have the GOTW19 from EA Sports!