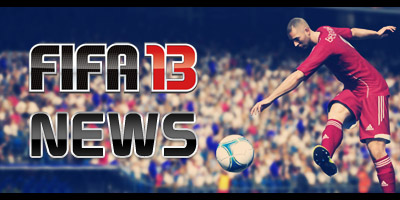 Our weekly FIFA 13 News post is back with fresh updates regarding the best football/soccer game.

We have a big announcement for Android users! EA Sports finally released the EA SPORTS Football Club app for Android! The app is free and you can get it from the Google Play Store. Here are the mains features and some screens:

EAS FC COMPANION APP FEATURES
• Access your EAS FC info in real time and keep up with friends online
• Sign players and make roster moves in the global FUT Auction House, available at the touch of a button
• Stay connected to the auction house and never miss out on hot items and deals
• Seize opportunities and turn a quick profit with the FUT Trade Pile”

Lose your marker in FIFA 13, fool your opponents and learn the devastating heel chop in the latest episode of The Boot Room with Darren Cross from Match Magazine.

With the Christmas Holidays, Apple decided to lower their prices on many of their apps, including FIFA 13 that is available now for just 69p from the app store.

And talking about the Christmas Spirit, it looks that EA Sports are going to release every day from Dec 19th – Jan 2nd a new, Happy Hour like offer. Also you will receive Web App daily gifts in the same period of time! To stay updated with the latest offers of FUTmas just follow the official FUT FB Page or the EASports Twitter Page!

The special Messi 86 card, that we’ve talked about in our last FIFA 13 News post, got his OVR updated to 90 after he scoring against Betis Sevilla and Atletico Madrid last week, taking his goal tally to 90 in a calendar year.

FUT13 players can now get these wonderful IN-Form players of TOTW14 in packs from 6pm UK (December 19th) until 6pm December 26th.

SOTW15 has been revealed in FIFA Superstars and the users can get the next Black Edition players:

– FUT 13 How to Build a 100 Chemistry Team Without Opening Any Packs or Playing Any Matches! FIFA 13 Ultimate Team (Ultimate Team)

– Economic Crisis on FUT: How to prepare? (FIFAKulte)

And lastly here are the FIFA 13 Goals Of The Week 10 from EA Sports: